How many hours of practice in one year?

Here is a picture of some math I have been working on.

This is what I wanted to know:

If l were to do voice acting for four hours every day except on Sundays for one year, how many hours would that be?

If I only practiced for two hours, then it would 626 hours of voice acting practice.

If I only practiced for one hour, then it would just be 313 hours of voice acting practice. 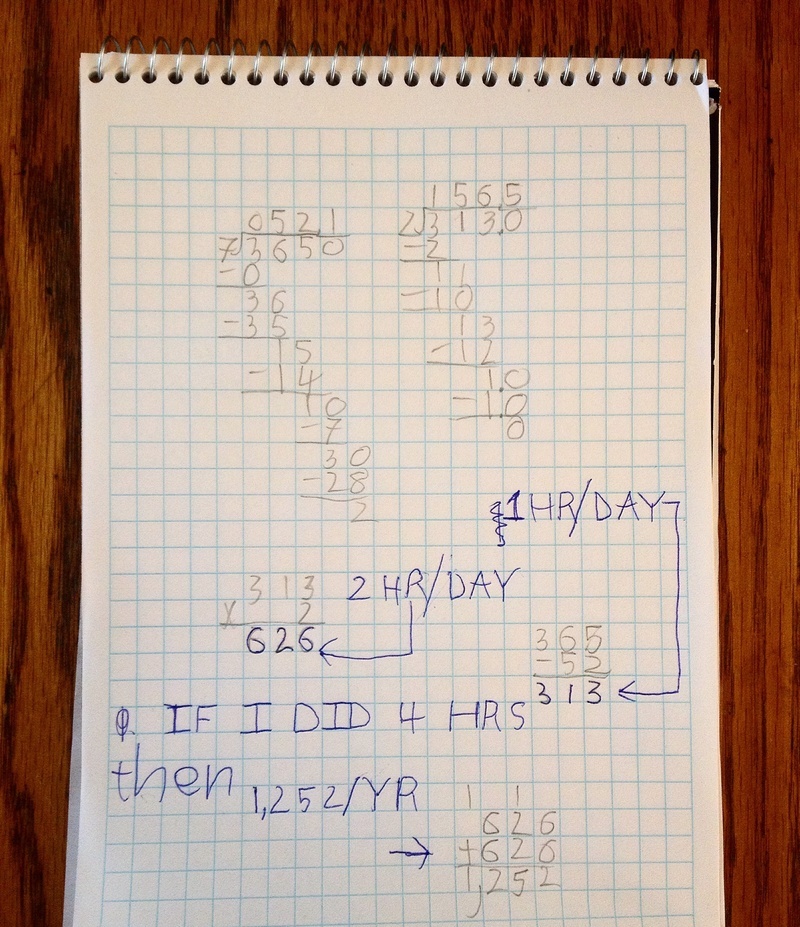